In a world where we are still being encouraged to include iron as part of a healthy diet, here are some of the shocking facts now indicating that we in fact need to reduce our intake...

Here is an insight from Dr. Joseph Mercola’s Fat For Fuel to the relationship of high iron levels in the blood and heart disease. It also shows how to combat the risks by reducing our iron stores.

In The Nurses’ Health Study, which followed 30,000 disease-free men and women, found that those who had donated blood were 50 percent less likely to have a stroke or heart attack. Iron likely plays a role in heart disease by participating in the oxidation of LDL and damage of endothelial cells, both of which contribute to atherosclerosis.

Since the 1980’s, researchers have hypothesized that gender differences in iron levels could explain the higher prevalence of heart disease in men. Pathologist Dr. Jerome Sullivan first posited the theory in a paper published in the Lancet titled ‘Iron and the sex difference in heart disease risk’. The Nurses’ Health Study found that women’s risk of heart disease rose significantly after they either went through menopause naturally or had a hysterectomy-in other words, when they stopped excreting iron though menstruation each month-suggesting that there is a link between iron levels and cardiovascular disease.

You should make sure that you aren’t consuming unhealthful levels of iron, nor absorbing too much of the iron you end up consuming. You can do this in two ways:

·         Eating processed food products like cereals and white breads that are “fortified” with iron. The iron they use in these products is a low-quality, inorganic iron, similar to rust, and is far more dangerous than the natural heme iron (which means “blood iron”) found in meat.

·         Drinking well water that is high in iron. The key to minimising the iron levels in your drinking water is to make sure you have some type of iron precipitator and / or a reverse osmosis water filter.

·         Taking multiple vitamin and mineral supplements that have iron in them. Check your supplements carefully.

·         Taking vitamin C supplements or fortified juices with meals, as it increases absorption. Even something as simple as eating tomatoes with beef will increase absorption.

·         Over consuming animal protein. Most westerners eat way too much protein in general-more than the body truly needs, with the excess getting converted into glucose and stored as fat. The other peril of eating too much meat is that it contains a lot of heme iron. While it is less dangerous than the inorganic forms of iron found in fortified foods, your body has no mechanism to stop absorption of heme iron when there is already plenty on hand, so please let this information help you stick to your protein intake target (calculated as 1g per kg of lean body mass).

·         Drinking alcohol, as it increases the absorption of any iron in your diet. For instance if you drink a martini with your steak, you will likely be absorbing more iron than is healthy for you.

·         Drink black tea, which inhibits iron absorption by up to 95 percent (the same cannot be said for green, white or herbal tea).

·         Take calcium, as calcium inhibits iron absorption. If you take any supplemental calcium, it is best to consume it with the meal that has the most iron in it.

·         Drink red wine which inhibits absorption of about 65 percent of the iron in foods.

·         Drink coffee, which has an effect similar to black tea, with a strong impact on inhibiting absorption of iron from food.

·         Go for periods without consuming food; this increases hepcidin, a hormone that reduces the absorption of iron from food.

·         Exercise regularly, as it changes the way your body absorbs iron by lowering overall uptake, which may explain why athletes are more prone to iron deficiency.

Iron becomes dangerously high in older adults which can cause problems regarding heart disease. It is shocking to a culture, which has been encouraged to incorporate iron into our daily diet, that it is in fact increasing our risk of serious health issues, therefore it is in our best interest to once again re-educate ourselves and spread the word. 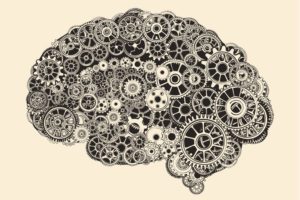 Protecting your brain with exercise

“The first thing to incorporate into your life if you haven’t already done so, is to aim to engage in aerobic physical activity for a 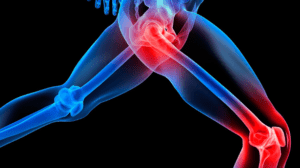 We all wake up from time to time with aches, pains and niggles. Whether it be joint pain, back pain or random creaks that seem

Leptin: Sleeping Your Way To Weightloss

Leptin isn’t just your average hormone. It decides whether we burn fat or store it and the key is a good relationship to the quality of our sleep. 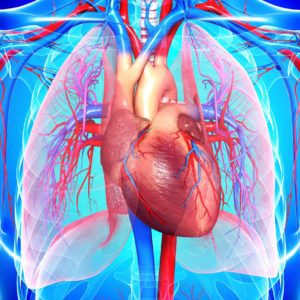 This week’s blog is the last of our series about cholesterol and is all about the link between cardiovascular disease and cholesterol. You might find the results quite surprising… 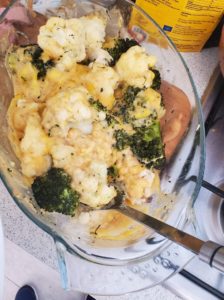 For a very yummy and healthy, gluten free dinner that won’t break the bank! And it’s guilt-free. Read on to find the recipe and simple steps… 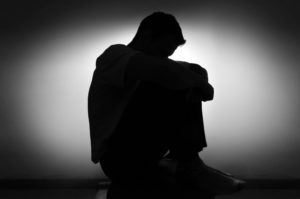 This week we are looking at the relation between lowering our cholesterol and developing depression. Read on to find out more…

I can’t wait to join you on your path to better health and fitness.

We use cookies on our website to give you the most relevant experience by remembering your preferences and repeat visits...Read More. By clicking “Accept All”, you consent to the use of ALL the cookies. However, you may visit "Cookie Settings" to provide a controlled consent.
Cookie SettingsAccept All
Manage consent

This website uses cookies to improve your experience while you navigate through the website. Out of these, the cookies that are categorized as necessary are stored on your browser as they are essential for the working of basic functionalities of the website. We also use third-party cookies that help us analyze and understand how you use this website. These cookies will be stored in your browser only with your consent. You also have the option to opt-out of these cookies. But opting out of some of these cookies may affect your browsing experience.
Necessary Always Enabled
Necessary cookies are absolutely essential for the website to function properly. These cookies ensure basic functionalities and security features of the website, anonymously.
Functional
Functional cookies help to perform certain functionalities like sharing the content of the website on social media platforms, collect feedbacks, and other third-party features.
Performance
Performance cookies are used to understand and analyze the key performance indexes of the website which helps in delivering a better user experience for the visitors.
Analytics
Analytical cookies are used to understand how visitors interact with the website. These cookies help provide information on metrics the number of visitors, bounce rate, traffic source, etc.
Advertisement
Advertisement cookies are used to provide visitors with relevant ads and marketing campaigns. These cookies track visitors across websites and collect information to provide customized ads.
Others
Other uncategorized cookies are those that are being analyzed and have not been classified into a category as yet.
SAVE & ACCEPT